As we roll into April, it’s time we check out the names of the 10 current favorite players to win the Ballon d’Or. In this month’s Ballon d’Or power rankings, a few new faces have made it to the top 10.

After the COVID-19 pandemic forced France Football to cancel the most prestigious individual award last year, football’s biggest stars enter 2021 more determined than ever to lay their hands on the Ballon d’Or.

The winner of the award is determined by a combination of votes from football journalists, coaches, and team captains. And while there is still a long way to go before December, the race is already getting exciting.

The last and newest person to make the list for this month is Manchester City defender Ruben Dias. He has been mighty impressive since completing a summer transfer from Benfica, and a factor behind Man City’s improved defense this season.

Although defenders don’t normally win the Ballon d’Or, if one was to win it this year, Dias would surely be a top challenger if not the favorite.

The versatile Bayern Munich star is perhaps one of the most underrated stars in European football, mostly for his lack of goals. However, his intelligence, versatility, decisiveness, and sheer consistency are unrivaled. Kimmich has so much thrived in a deep midfield role for Bayern Munich this season.

One could say that a long-range screamer against Borussia Monchengladbach confirmed De Bruyne’s return to form. The 29-year-old midfielder is back on song at a key moment as Manchester City chases an unprecedented quadruple this season. He has made a number of decisive match-winning contributions and could be a serious Ballon d’Or contender later in the year.

The Portuguese had a tough time in March as Juventus suffered another early Champions League exit, plus their Serie A title defense is in tatters. As the case may be, Cristiano Ronaldo received the brunt of the criticism. Then to worsen the case, he got a goal incorrectly ruled out in Serbia.

The five-time Ballon d’Or winner gave a timely reminder of his quality with a stunning hat-trick against Cagliari. While also scoring his goal number 103 for the Portugal national team, who now represents his best chance of a sixth Ballon d’Or by defending this summer’s European Championship.

The former Manchester United and Chelsea striker has silenced his critics and is currently Cristiano Ronaldo’s biggest rival in the Italian Golden Boot race. And his contributions in 2021 have equally helped Inter take the lead in Serie A. Meanwhile, the Belgian could nail a podium finish if he keeps it up and helps the Nerazzurri seal a first Scudetto since 2010.

United Player Snubs Ronaldo As The Best Player In The World

Cristiano Ronaldo Eager To Help Pirlo Save His Job At Juventus

The German keeps surprising everyone as he keeps on powering his way in our Ballon d’Or power rankings. Gundogan has taken on the scoring mantle in 2021, with Sergio Aguero and Gabriel Jesus currently struggling for fitness and form. The 30-year-old midfielder already scored 12 goals to help Pep Guardiola’s men dream of a potential quadruple this season.

The youngster is already one of the world’s best strikers. Haaland has already scored a stunning 16 goals in only 17 appearances in 2021 so far, and can still raise his game to a whole other level. If the Norwegian can fire Borussia Dortmund into the latter stages of the Champions League knockouts, he could make an outside bet for the Ballon d’Or this 2021.

The Frenchman looked like a worthy successor to Cristiano Ronaldo and Lionel Messi by scoring a Champions League hat-trick against Barcelona in February. Only a few footballers have achieved that before. He might just be 22 years of age but the Paris Saint-Germain ace is no ordinary player. His blistering pace and clinical touch make him a nightmare for defenders. In fact, Mbappe could pose a major threat for the Ballon d’Or this year.

Lionel Messi is far from finished. The six-time Ballon d’Or winner has played a key role in Barcelona’s resurrected title challenge in La Liga and Copa del Rey, scoring 19 goals in as many games. However, when it counted most, the Argentine couldn’t make the difference as the club lost in the Champions League and Spanish Super Cup final.

The Polish striker has continued his mind-blowing stats in 2021, having already scored an unrivaled 20 goals. He has even bagged at least one goal in each of his last 10 games for Bayern Munich and Poland since February.

However, a ligament injury could prove a game-changer in the subsequent Ballon d’Or power rankings. Because if the Bayern Munich talisman cannot play in Bayern’s two-legged quarter-finals tie with Paris Saint-Germain in the Champions League, it could cost, especially if the German club loses.

Who Is Fabio Paim? – The Player Cristiano Ronaldo Rated Above Himself 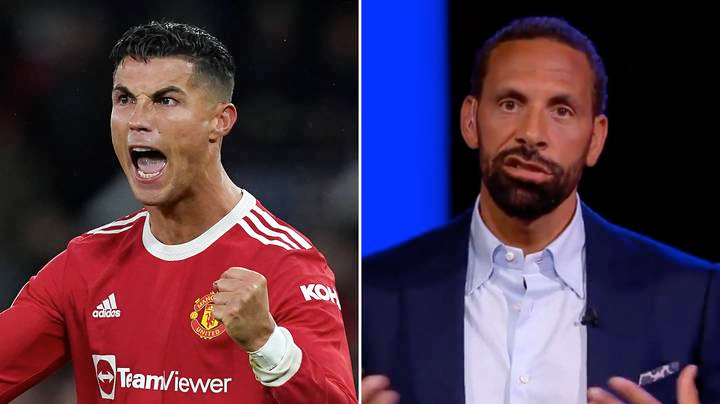